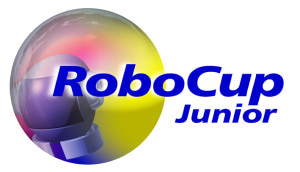 From 13th to 15th of April 2016 our team took part in the Slovak final of RoboCup Junior. We competed in categories Rescue Line Secondary and CoSpace Rescue Secondary. After some unbalaced rounds of our robot in the Rescue Line category we had to prove our experiences in CoSpace Rescue. We faced strong competition against slovakian, croatian and slovenian teams but we still managed to take home the 1. place without a single loss. Thanks to this result we qualified to the RoboCup Junior world championship which will be held in Leipzig, Germany.

Our team consisted of six team members. Some of them with experience from previous competitions and some new faces as well. Namely the participants were: 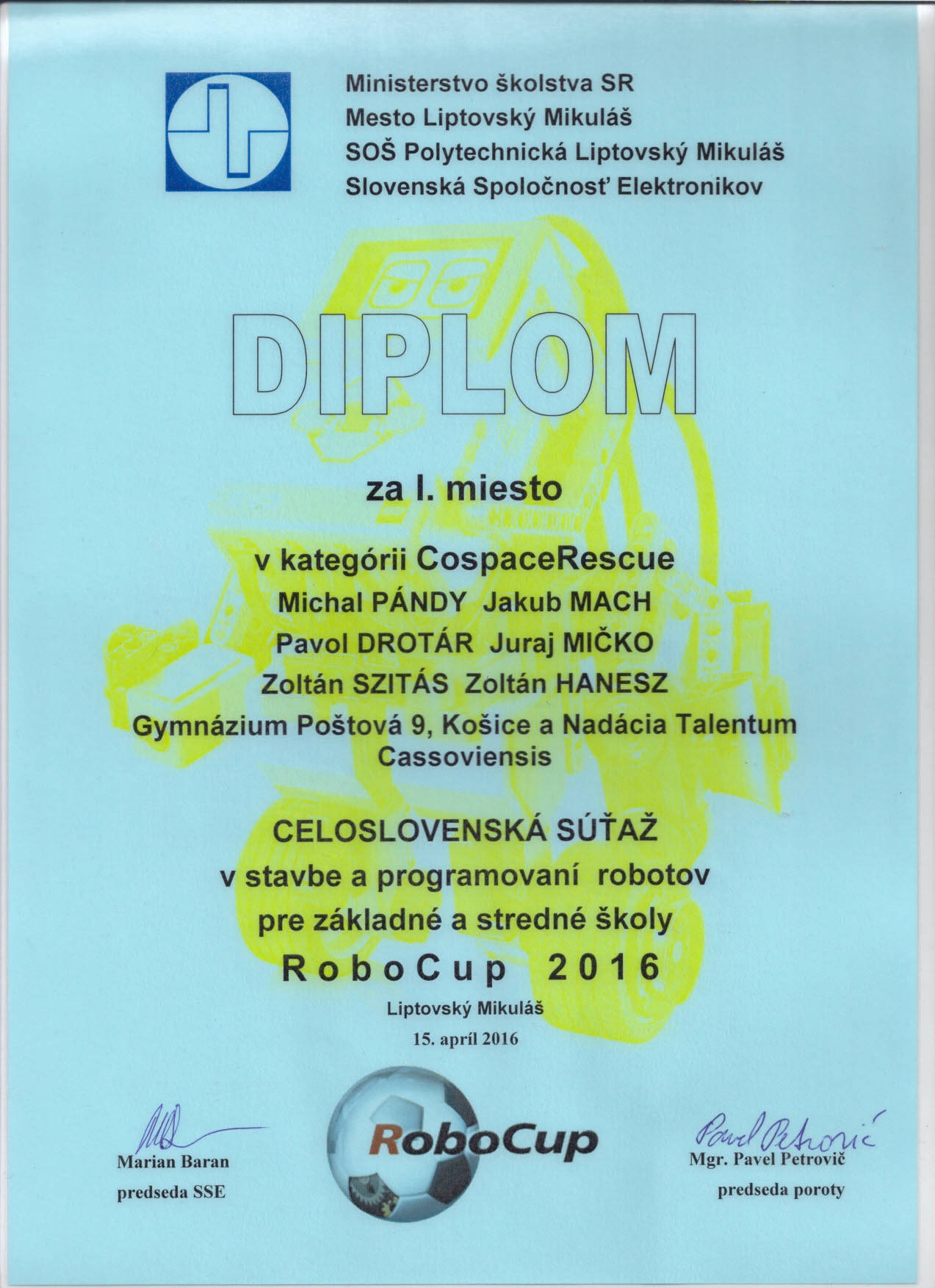 The competition began with an official reception on the 13th of April, while the competing itself didn’t start before the afternoon of the 14th. The time in between was used for additional preparations and our team found themselves working long into the night. All this effort did pay off in the end though, with a beautiful victory under our belts. The competitors then bid each other farewell and our team disbanded with everyone going their own way.

Now our attention has shifted towards the upcoming competition in Leipzig.

The World Cup of robots combines a variety of interdisciplinary challenges from robotics, artificial intelligence, informatics, as well as electrical and mechanical engineering, among others.

More than 500 teams from 40 countries with 3,500 participants are expected to compete at the 20th RoboCup in Leipzig. 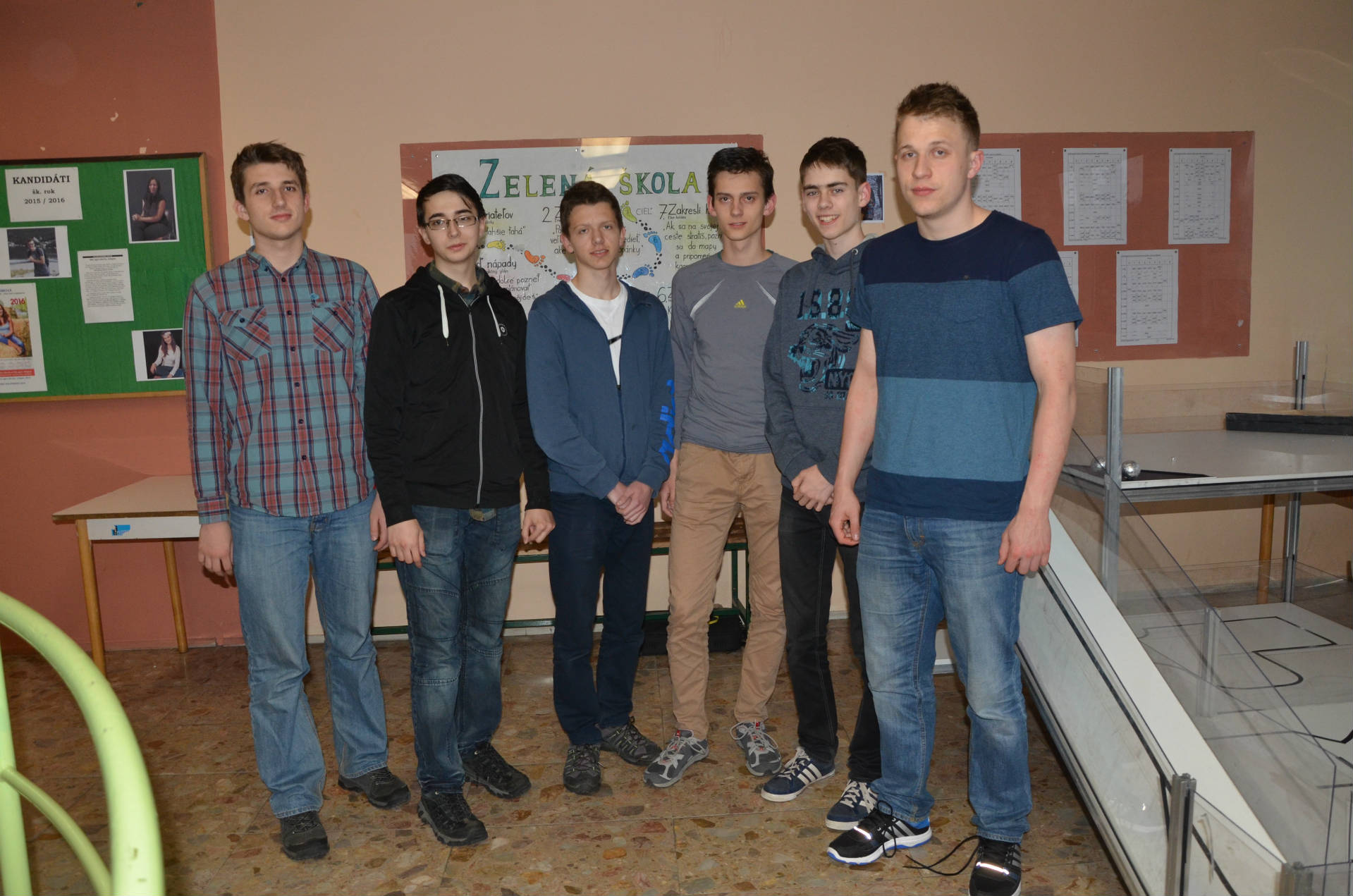 We are group of young people interested in programming and robotics.